When Urvashi fell on Rautela during the shooting, the burning cigar, the video going viral 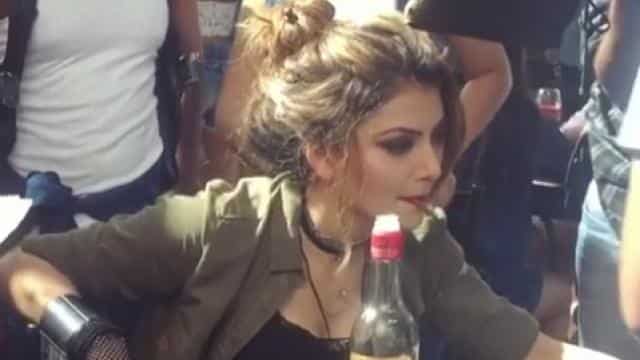 Bollywood actress Urvashi Rautela is very active on social media. She keeps sharing something for the fans. Meanwhile, she has now shared a video of her, in which she is seen drinking cigars. Along with this, he narrated an interesting anecdote attached to this video.

Actually, this video is during the music video shoot of Singer Honey Sing and and Sukhbir’s song ‘Gal Ban Gayi’. It features Urvashi Rautela as a bold character. The video shows her trying to drink a cigar for the shoot. She is acting to drink cigars, but this is not happening to her. Then the cigar falls on top of him by deception, which makes him nervous and creates a commotion on the set.

When Milind Soman went on a midnight walk in Mumbai with wife Ankita, remembering the old days, Photos

Sharing the video, Urvashi wrote in the caption, I was screaming that I don’t know how to drink a cigar, how to drink it. Quite difficult for a non-smoker. Smoker is harmful to health.

Talking about Urvashi’s work front, his next movie is Virgil Bhanupriya, some songs of which have been released. There is a buzz that the film is being considered for release on the OTT platform. It is a female oriented film based on the lives of girls. The film also stars Gautam Gulati, Archana Puran Singh, Delnaaz Irani, Rajiv Gupta and Brijendra Kala, Nikki Aneja Walia and Rumana Mola.

Economist Doctor Doom warns, some jobs will not return after Corona crisis