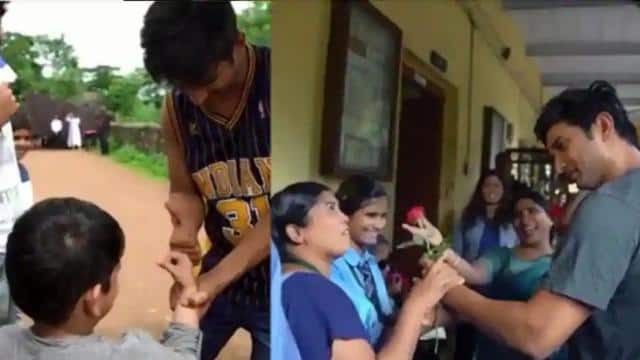 CBI investigation is going on in Sushant Singh Rajput case. On the other hand, his throwback videos go viral. Now ‘Dil Bechara’ co-star Swastika Mukherjee has shared an old video of Sushant on Instagram. In the video, it can be seen how relaxed Sushant used to spend time with his fans. Anyone will be emotional watching this video of Sushant.

The video shows Sushant driving a battery rickshaw and having fun with children. In the video, he is seen in different locations, where he is meeting his fans. During this time, some students ask them, when will you come now, Sushant says, “I come in a day or two.” This video of him is very emotional.

In the video background, a dialogue of Sushant is heard, which he spoke in ‘Dil Bechara’. He says, when we are born and when we die, we cannot disguise it but we can disguise how to live. Let me tell you that today, on Monday, Sushant’s last film Dil Bechara is going to have a world TV premiere at 8 pm.

Significantly, after the release of the film Dil Bechara it was seen by 950 million people within 24 hours only. According to a Mid Day report, Oramax Media says that Sushant’s last film ‘Dil Bechara’ has been seen more than the famous web series ‘Game of Thrones’.

This report said that if the film had been released in theaters and on an average even considered a ticket of Rs 100, it would have been worth Rs 950 crore on the opening day of the business. The report also states that PVR Cinema has an average ticket rate of Rs 207. If seen accordingly, the opening day of ‘Dil Bechara’ at the box office would have been around 2 thousand crores rupees.