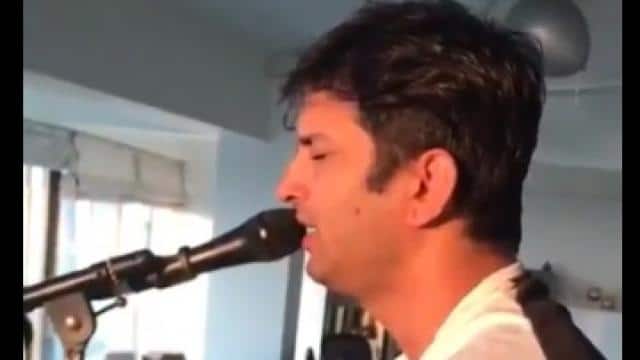 Bollywood actor Sushant Singh Rajput left this world about 2 months ago, but he is still in the hearts of his near and dear ones. These days, a video of Sushant is going viral, in which he is seen singing bhajans. Watching this video shows that apart from acting, he also had the skills to sing.

In the viral video, Sushant is seen singing the hymn ‘Shri Krishna Govind Hare Murari’. Fans are making emotional comments on the video. This video of him is going viral very fast on social media. It is known that 2 months have passed since the death of Sushant Singh Rajput on August 14, but it is not yet known why he has taken a suicide-like step or he has been killed. Well, CBI is under investigation regarding this.

Sushant Singh Rajput’s ex girlfriend Ankita Lokhande always remembers him. On Friday, Ankita shared a post, writing, ‘It’s been 2 months since you left. Sushant and I know you will be happy wherever you are right now ‘. After this, Ankita appealed to the fans saying, “Please join Sushant’s Global Prayer Meet on August 15 at 10 am”.