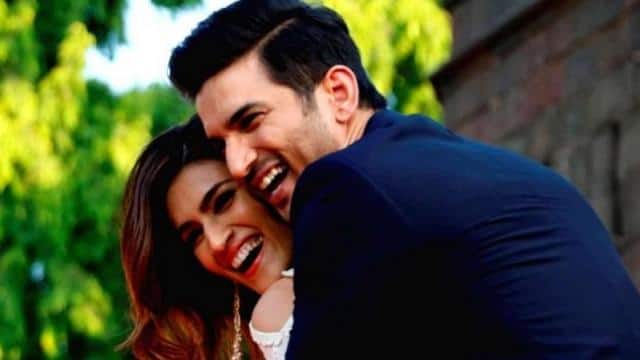 Since the death of Sushant Singh Rajput, many old videos related to him are going viral. Now recently a video of him is going viral during the promotion of his film Raabta. In this video you will see Kriti Sanon and Sushant come on stage. Sushant first sits in his seat. After this, Kriti says something in a gesture to Sushant and then Sushant stands in front of Kriti and Kriti again sits in her seat.

Sushant’s special point in the video was that during this time he was talking with the director in such a way that nobody even knew that he was standing there for the work.

Recently Sushant’s last film Dil Bechara has been released. After watching the film, Kriti shared an emotional post for Sushant. Kriti wrote that she has actually seen the actor in Sushant’s character Manny in the film. He was like this in life. The word ‘seri’ is used in the film. It means OK. Kriti writes that it is not OK. I will never be able to keep you inside myself. I saw you alive as Manny.

Kriti further writes that many scenes came in which I actually saw you. I know which scene in the film you played with my heart. And the most spectacular was your silence which I saw in many places in the film. You didn’t say anything but I realized what you were trying to say.