When Shahrukh Khan was ready to pursue his career to get Gauri, he said – I am madly in love with him. 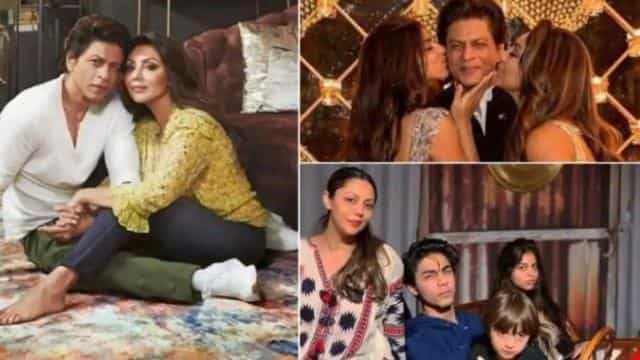 Shahrukh Khan and Gauri Khan are one of the most charming couples in the Bollywood industry. Apart from happiness and sorrow, both of them did not leave each other even when negativity surrounded them from all sides. At such a time, both were strong and got out of it. But, did you know that Shah Rukh Khan, the king of Bollywood, had put his career up for his career for wife Gauri Khan.

Both were married in the year 1991. This was when Shah Rukh Khan was about to debut in the Indian film industry with the film Deewana. Filmmaker F.C. Mehra wanted Shahrukh to postpone his wedding until the film ‘Miracle’ was released. But Shah Rukh did the opposite. He said that I will not postpone the wedding, but will leave the film.

In a conversation with Stardust in the year 1992, Shah Rukh Khan said that my wife comes first. And even further, if I was asked to choose one thing from Gauri and my career, I would leave the film. Meaning I am crazy for him. The only thing I have is Gauri. I love him very much. I am attached to him.

Let me tell you that at this time Shahrukh Khan is spending time at home with his family and all the people are quarantined. In today’s time, the pair of Shah Rukh and Gauri inspires everyone. During an interview sometime back, Gauri said that Shah Rukh Khan decided to take a break from films and take care of the children. At the same time, Gauri spent her time in a designing company.

Gauri says that I think it was very important to do it. The time has come when Shah Rukh should take a break. I am glad that I can travel now, knowing that Shahrukh is at home with the children. Overseeing Abram. I was also happy that if I am not at home for Abram, it is Shahrukh. Let me tell you that Shah Rukh Khan has not announced any new projects yet.