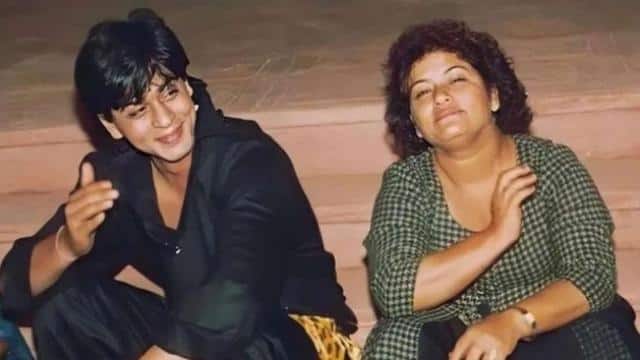 Saroj Khan has choreographed all the Bollywood stars during her four-decade long cine career. Saroj Khan once slapped Shah Rukh Khan. Shahrukh Khan revealed this in one of his interviews. However, Master ji (Saroj Khan) had struck Shah Rukh with love and also advised him.

Shah Rukh Khan had said, ‘I was working with Masterji in my early days and I used to work in about three shifts at that time. Once I told him that I was tired of all the work. In response, Saroj ji slapped my cheek lovingly and said that I should never say that I have a lot of work to do.

Please tell that Saroj Khan was admitted to the hospital after a complaint at Sans Lane where she died due to cardiac arrest at around 1.52 pm on Friday.

Kangana Ranaut became emotional after the demise of Saroj Khan, remembered her choreography from Tanu Weds Manu to Manikarnika

Director Subhash Ghai, who was emotional after the death of Saroj Khan, said- I have no words to speak.

Saroj was handed over to the cemetery of Malad on Friday morning. Only his family and a few relatives were present to give Saroj a final farewell.

Talking about the work front, in 2019, Saroj choreographed one song each in ‘Kalank’ and ‘Manikarnika: The Queen of Jhansi’. In ‘Kalank’ he choreographed the song ‘Taabha Ho Gaye’.