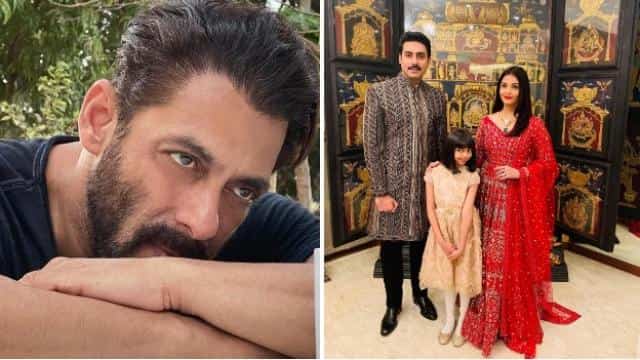 Actors Aishwarya Rai Bachchan and Abhishek Bachchan are one of Bollywood’s cute couples. His fan following is also strong. The two tied the knot in 2007. And now the parents of a loving daughter Aaradhya Bachchan. Aaradhya also dominates the internet. And Abhishek and Aishwarya are ahead in couple goals.

Salman Khan and Aishwarya Rai’s relationship from 1990 to 2000 were very much discussed in that era. The two separated in the year 2002 and since then, both had started ignoring questions related to each other in interviews. However, in an interview, when Salman Khan was asked about Aishwarya’s marriage, he replied with simplicity and said that I am happy for Aishwarya.

Salman said that I am happy that Aishwarya married Abhishek. Abhishek is a boy of a good family. Not only this, Salman congratulated Aishwarya and also prayed for her happiness.

Let me tell you that both Abhishek and Aishwarya are very happy. Salman Khan is currently dating Romanian model Yulia Vantur. Talking about the workfront, Salman is busy shooting for his upcoming film Radhey. He is spending time with family and friends at the Panvel farmhouse amid the enforced lockdown in the country.