When Salman Khan himself confessed, the wedding card was printed with Sangeeta Bijlani but the marriage was broken due to this 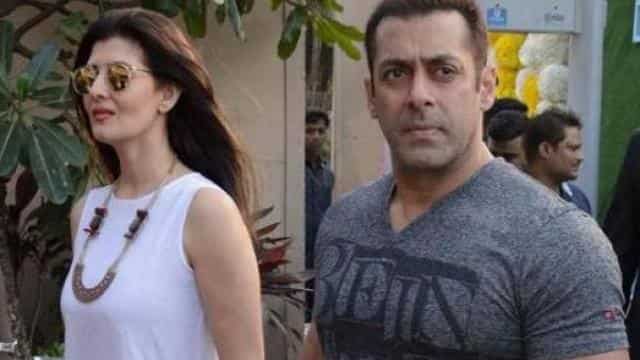 There are many news reports about Salman Khan’s girlfriend and marriage. Please tell that Salman has dated Sangeeta Bijlani. It is also said that the wedding cards of both of them were printed, but in the last minute both of them got canceled as Sangeeta caught them cheating.

When Salman came on Karan Johar’s show Koffee with Karan, Karan asked him, “Did he catch you with someone?” Salman said, what … where was he caught?

Karan said again, he was caught somewhere. Salman said, yes something like this happened.

Salman said, yes, I am caught, I am stupid.

Salman had further said, ‘I keep saying that if you don’t come into relationship with me then don’t come. I am not ready for serious commitments and other things. ‘

Karan then asked Salman if he was waiting for a right person in his life, then Salman said, ‘No, I met some right people and I think they got right human beings in their life. Huh’.

Video: When Amrita Singh sang a romantic song for Saif Ali Khan, the actor was happy to kiss

Salman had told in the show, ‘There was a time when I really wanted to get married, but it didn’t happen. As the girls came closer to me, they used to think, okay it is okay to have a boyfriend, but will it have to last a lifetime?

Please tell that these days Salman Khan is in his Panvel farmhouse. Salman has been there since the lockdown. Some friends are staying with Salman along with Yulia Vantur, Jacqueline Fernandes, nephew Nirvana Khan.

Kiran Kumar, who won the battle from Corona, said – used to eat food in disposable utensils

Big change in gold and silver prices, know the latest price of May 28