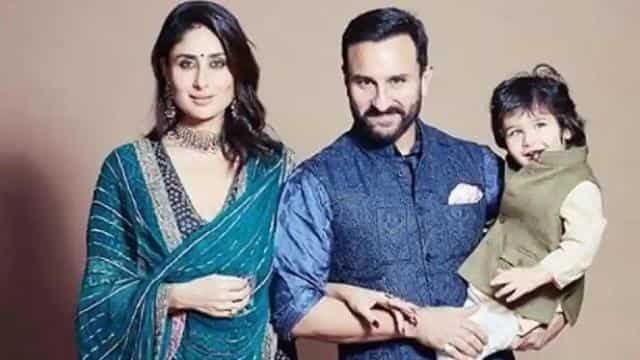 The popularity of Taimur Ali Khan, son of Saif Ali Khan and Kareena Kapoor Khan, is no less than a big star. People like to know about Timur. Taimur’s photos become viral on social media as soon as they arrive. Please tell that Saif said in an interview that he wants to be a little strict towards Timur.

Saif had said, ‘I think it is good to be a little strict, but I have given up. Taimur is my third child, but Kareena’s first so she is spoiling him a bit. Now Timur has started bullying everyone at home. He says I don’t want to go to school. ‘

Saif further said, ‘Taimur is very cute by the way, but when someone refuses him for something, he says that I don’t like you, I will kill you’

During a show, Kareena had said, ‘I can quite proudly say that Timur is the most beautiful child. I am not saying this because she is my son, but because she is very good looking. I believe she has Pathan jeans, but I also ate a lot of ghee during pregnancy.

Sara once told that Timur called them round. Sara had said, ‘Whenever Timur sees me, he calls me round. I don’t know why he speaks round because now I am not round at all.

Sara had also told that Timur calls Kareena Amma, Saif as Abba and Ibrahim as brother.

In an interview, Sara said about the bonding of Saif and Taimur, ‘It feels good when Papa is having fun with Taimur. Along with Timur, he enjoys the Fatherhood very well. Taimur has brought happiness in his life.

Wishing Sonam Kapoor a birthday, Anil Kapoor said – I am afraid only of you