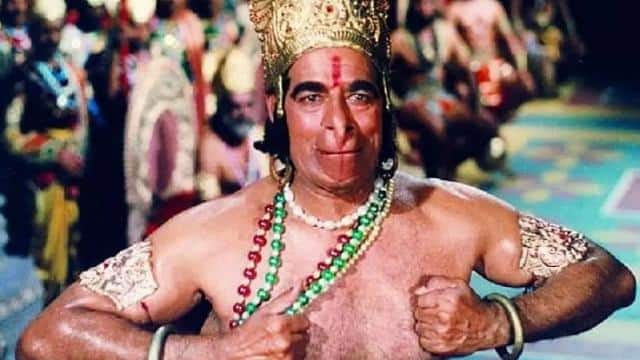 Famous serial Ramayana is being telecasted on TV again after a long time. However, it has been shown again on Doordarshan but is again being broadcast to viewers on another channel. Meanwhile, Laxman of Ramayana i.e. Sunil Lahiri is narrating interesting stories related to him after the airing of every episode. Now he told that he has narrated a story in the Ramayana about the booty and the battle of Hanuman – Ravana.

In the video, Sunil Lahiri says, “When we were shooting, it rained once. In three-four hours, the water filled up to the knees. In such a situation it was difficult to move from room to set. We had to shoot. The episode was to be telecast in Doordarshan. During this time we decided to wear shorts to the set and change our costume there. That’s how we started the shoot. ”

“You must have seen in this episode that there is a fight between Rama and Ravana.” And in that fight, Hanumanji kills Ravana with mace. When this shoot was happening, Hanuman ji climbed on top of the chariot, then the chariot became crooked. During this time the chariot could also break. Daraji was a wrestler and his weight was also quite good. After this, the scene was shot by standing Daraji on the stool. ”

Sunil Lahiri further said, “Someone had asked me if you used a sticker for the injury. So I want to tell that there were no stickers at that time. The cotton was applied to the body with the help of gum and artificial blood was applied to it. Then with the help of a brush, he was made to look like a wound. With this, Sunil Lahiri said that the herb shown in the Ramayana was actually spinach. It was grinded and planted. ”