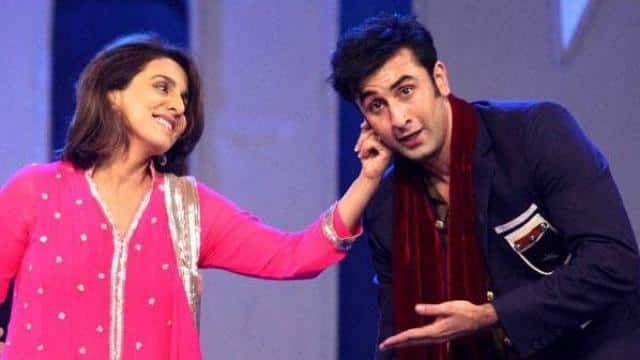 Ranbir Kapoor is quite close to his mother Neetu Kapoor. Please tell that during an interview, Neetu had told about the son that Ranbir is very sensitive. He can never harm anyone. Neetu had said, “The first time he came into a relationship with someone, I knew that the girl was not good for him, but they did not listen to me.”

Neetu Kapoor had said, ‘I want a girl as a daughter-in-law who understands how straight she is. Ranbir is absolutely a dal-rice type boy. Neither does he himself be very jealous nor would he like a wife who does so. She is mostly like me. She is different from the Kapoor family as she has maintained her image. The best girl will be for him who loves him to be what he is. ‘

Please tell that these days Ranbir is quite close to Alia Bhatt. Alia, on the other hand, attends every function and party of the Kapoor family. Not only this, Neetu also spends time with Alia.

Alia Bhatt had said about her relationship with Ranbir, don’t look

During an interview to Filmfare, Alia told that she likes to see her relationship with Ranbir as friendship. Aaliya had said, ‘This is not a relationship. This is a friendship. I am saying this with all sincerity. It is beautiful I am walking on stars and clouds right now. The best thing is that we are two people, who are still living their lives. This is not a situation where you will see us constantly together. This is a real sign of a comforting relationship. touch wood. In fact, Ranbir is my great friend.

Asked about Ranbir’s past, Alia said, “It is not difficult to understand them.” He is a gem.

Talking about Alia and Ranbir’s professional life, both are going to be seen in the film Brahmastra. Through this film, the two will be working together for the first time. Amitabh Bachchan is in the lead role with both of them in the film.