When Kiara Advani was called by the reporter by the name ‘Kaira’, this was the reaction of the actress 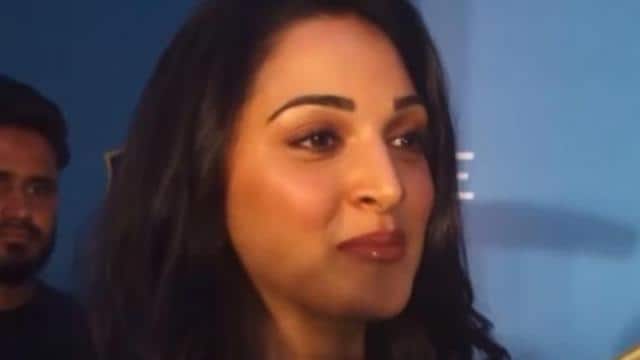 If anyone is currently enjoying a career phase in the Bollywood industry, then it is Kiara Advani. The actress started her career with the film ‘Fagli’ in 2014. Recently his film ‘Indu Ki Jawani’ was released, which is getting mixed response from the audience. Meanwhile, an anecdote of Kiara Advani has emerged. Actually, a reporter had misquoted Kiara Advani’s name, after which the reaction of the actress was worth watching.

The reporter called him ‘Kyra’ while asking questions. The actress said what did you call me? Where did you call Kiara or Kiara? I will not answer your question because of incorrect name of the name. However, later jokingly, the reporter requested Kiara to name him properly.

There is talk of dating Siddharth Malhotra
It is rumored that actress Kiara Advani is dating actor Siddharth Malhotra. Recently, during an interview, Kiara was asked what she would write bio of Siddharth’s Tinder account? The ‘Indu Ki Jawani’ actress’s response impressed her co-stars Mallika Dua and Aditya Seal.

KBC 12: Student Anmol Shastri could not answer 50 lakh points question, this was the question

Kiara also spoke about her idea of ​​relationship and dating in Modern World during the interview. He said that he is old fashioned. Talking to Pinkvilla, Kiara said, ‘I still trust that fairytale romance. I think that like dating apps, if I find a person I have no problem. My bio will be the one that is looking for love. I am there for the long haul. In this way, for some people I will be very boring. But I am like this.

Bigg Boss 14: Nikki Tamboli said something like this, Kashmiri Shah said- ‘I will break your mouth’, watch viral video

Know how to open your own petrol pump, it will be big money