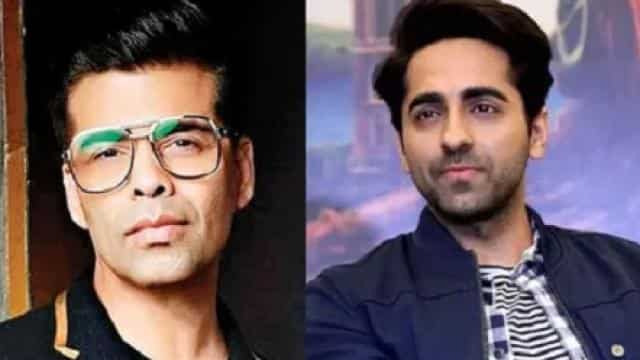 After the death of Bollywood actor Sushant Singh Rajput, there has been a debate on nepotism. Karan Johar has come under attack from everyone. On social media, people heard him fiercely. Not only this, users also started unfollowing them on Instagram. Meanwhile, an excerpt from Ayushman Khurana’s book Cracking the Code: The Journey in Bollywood is going viral. In it Ayushman Khurana has mentioned how he was rejected by Karan Johar’s production house. Users are giving their feedback on this.

In this excerpt, Ayushmann Khurrana has revealed that he had interviewed Karan Johar while working as a radio jockey. This is the year of 2007. Ayushman Khurana told that after the interview was over, I asked Karan Johar for his number and said that I also want to become an actor.

This is how Ayushmann khurrana exposed Karanjohar once 👏 #JusticeForSushantSinghRajput#karanjohargang pic.twitter.com/KEMubK0zWK

Karan gave me the landline number of his office. I should have understood it at the same time, but I was very excited. I made a plan that I would call them around 11.30 in the morning when I had my breakfast and would be available to talk. ”

He further wrote that the next day I dialed the number he had given me. Someone said that Karan is not in office. After that day, I called them again and there again I was told that they are very busy. After this, when I called again, I was told that we only work with stars and we cannot work with you.