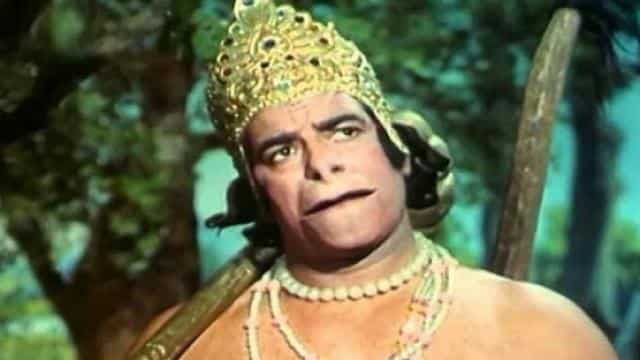 Actor Sunil Lahiri has gained tremendous popularity by playing the role of Laxman in the serial Ramayana. He has been telling many stories about the shooting of Ramayana for the last few days. Now he has shared an interesting video related to the battle of Hanuman and crocodile by sharing a video on his Twitter account.

In the video, Sunil Lahiri is saying, ‘Yesterday’s episode was quite interesting. A lot of graphics, chroma and miniature models were created in it. Just like Sushain Vaidya had a clinic, it was actually a miniature. Sushain Vaidya was fitted with Croma in it. Apart from this, the mountain which was also a miniature where the monks and demons meet.

The actor further said that you must have noticed that when Hanumanji goes to take a bath, then there is a fight with his crocodile. The sequences of the crocodile were real, in which it floats. Apart from this, the scene of the fight was made of crocodile fiber. A mold was also prepared for him. The liquid form of the fiber in the mold was made solid and was then given a crocodile shape. I think that the concept of Superman is inspired by Hanumanji itself.