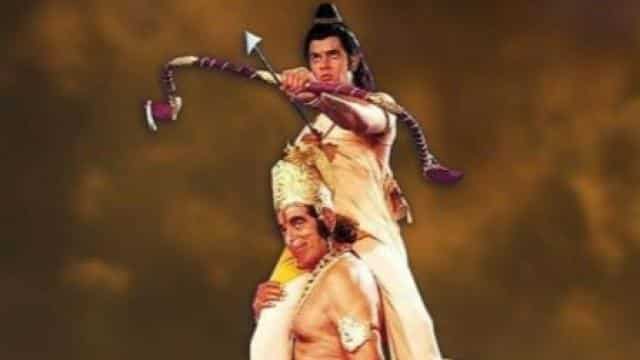 Famous serial Ramayan is back on TV once again in lockdown. Viewers are very fond of this serial. The re-telecast of the Ramayana has once again brought it into the limelight. Actor Sunil Lahiri, who plays Laxman, is very active on social media. He has been sharing funny stories related to the Ramayana for the past several days. Now he told that during the shooting he was disturbed by Bali’s tail.

Sunil has shared the video on his Twitter account. In the video, he is telling, the emotional scene is shooting. During this, Bali (Shyam Sundar) is in a dying state. He begs to touch the feet of Lord Rama and bow down repeatedly to do so. When Bali is bending down to touch Shriram’s feet, his tail touches Hanuman’s role playing Dara Singh and gets upset. It was a lot of effort to do this scene.

Earlier, Sunil had narrated an anecdote about Sugriva. In the video, Sunil said, “Sagar Sahib’s son on the set told the story of a wandering soul to Sagar Saheb. That same night we took Ghungroo from the dress department. And tied the ghungur with black thread and hung it on the window outside his door. When he slept at night we knocked at the door. As he came out, we pulled Ghungroo and then there was the sound of sizzling. We did this two or three times, this brought him into tension. He did not sleep overnight.