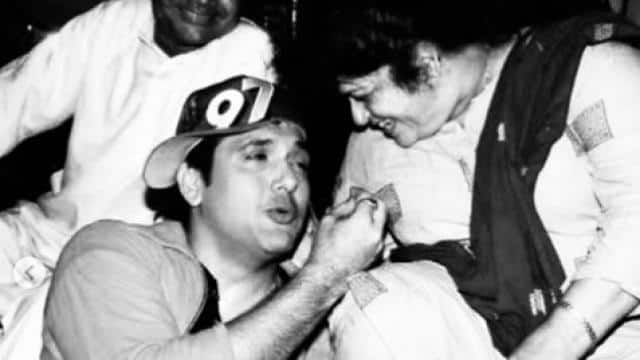 Bollywood’s famous choreographer Saroj Khan died on 3 July due to cardiac arrest. This has caused a wave of mourning in the film industry. Actor Govinda has paid tribute to Saroj Khan. He has shared his emotional video with Saroj Khan and recalled the first Mukalat.

Govinda has shared this video on Instagram account, in which he is saying, “Saroj Khan ji is no more with us. I pray to God to grant peace to your soul. I pray to God to make you have heaven. I never forget my first meeting with you. I was saying that I want to learn dance from you, but I have no money and you are saying with great love that you will come and give it.

When Sunny Deol did ‘Aashiqui’ with Raveena Tandon in front of son Karan, dance video is going viral

Govinda had told during an interview that Saroj Khan taught her not only to dance but also to romance. He said- I was supposed to run to my co-star Neelam while shooting for the film Ilam, but I was not able to. I started shivering and I started feeling feverish. Saroj understood and asked me – have you ever had a girlfriend? I said no. After this she said that she will teach me to romance on screen.