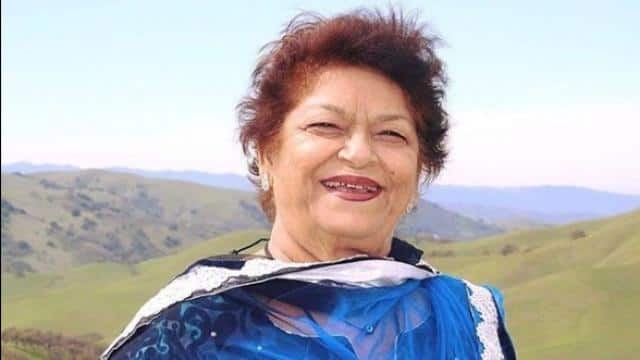 Bollywood industry’s famous choreographer Saroj Khan died late on Friday. He was admitted to the hospital a few days ago due to difficulty in breathing. The film industry is in shock due to their departure. Celebs are paying tribute to him on social media. Saroj Khan has made many songs famous with her choreography, for which she will always be remembered. Saroj Khan is the person for whom the Filmfare Award had to be made a special category. There is an interesting anecdote behind it.

The song ‘Ek Do Teen’ from the film Tezaab released in 1988 was very famous. This song is heard even today. In this song Madhuri Dixit performed a tremendous dance, which was choreographed by Saroj Khan. Seeing the tremendous craze of Madhuri’s dance, Filmfare made the category of ‘Best Choreography’. And Saroj Khan was given this award. Saroj later became famous as Mother of Dance and Choreography.

Significantly, Saroj Khan has choreographed more than 2000 songs in her 40-year career. He was awarded the National Award for the song ‘Dola Re Dola’ from the film Devdas, all the songs from ‘Shringaram’, ‘Yeh Ishq Haye’ from ‘Jab We Met’. The film has won Filmfare Awards for ‘Guru’, ‘Devdas’, ‘Khalnayak’, ‘Hum Dil De Chuke Sanam’, ‘Son’, ‘Sailab’, ‘Chaalbaaz’ and ‘Tezaab’.