When fan was threatened by ‘Shakuni Mama’ of Mahabharata, he said – stop the war or else I will break the second leg also 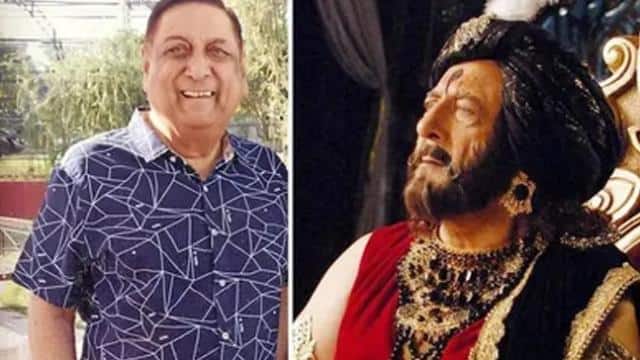 The star cast of Mahabharata recently reached Kapil Sharma’s show. During this, everyone told many interesting stories about the show. Goofy Pental, who played Shakuni Mama in the show, shared a funny anecdote. He told that at that time there was no social media, so fans would send letters. There was also a letter in which a fan, angry over the Cheerharan scene, threatened Goofy.

In the letter, it was written about Goofy that till next week, the war of Mahabharata should be stopped or else his second leg would also be broken. Listening to Goofy, everyone laughs out loud.

At the same time, Puneet Issar (Duryodhana) told that once 30 years ago when he was driving. A police van came and asked them to stop the car. Puneet said that he first felt that he had accidentally broken the signal. But the police told him that a non-bailable warrant has been issued against him. He said that a case was registered against Puneet, Goofy Pental, Narendra Sharma, Rahi Masoom Raza, BR Chopra due to the cheering incident. All were shocked.

Does old Anjali bhabhi want to come back in ‘Tarak Mehta …’? Know what the actress said

Puneet further revealed that BR Chopra again hired a lawyer and things were fixed. But then after 28 years, he was summoned again on the same case. Now because BR Chopra, Ravi Chopra, Narendra Sharma, Rahi Innocent Raza are no more, Puneet, Goofy pleaded and cracked the case. When he went to Varanasi for the case, the man who had complained said that he had to just click the photo with us.

Puneet further shared a funny story that a big industrialist invited the entire cast for dinner. The women of the house were serving food, but due to their character of Duryodhana, the women did not serve Punit and gave them food from their cook. Puneet also told that those women took Rupa Ganguly inside and said in her ear why you are sitting with Duryodhana.