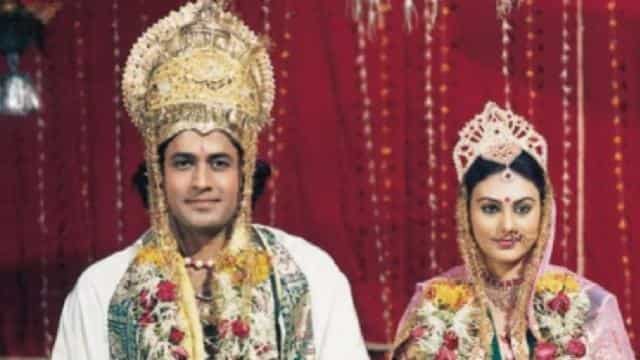 Sunil Lahiri has been narrating interesting stories related to serial Ramayana for some time. This time he told about the cricket match between Lanka and India. Along with this, he also gave information about how the war sequence between Meghnad and Laxman was shot.

Sunil Lahiri has shared a new video on Twitter account, in which he is telling, “This episode was a world record telecast on Doordarshan.” The episode was watched by 7.77 billion people. Luckily I was a part of this episode. This episode was a sequence of war between Laxman and Meghnad. While we were shooting this episode, you must have noticed that Meghnad throws strange weapons at me. But all those weapons fail. ”

“You must have seen in this sequence that a cycle revolves around me and ends.” When we shot that scene, there was no such thing around me. I just thought of that in my mind and shot accordingly. With this I want to tell you a funny thing. When we were shooting this episode, the light went off at that time. There must have been an electricity problem. Light did not come on for a long time. We came out of the studio. Didn’t understand what to do. Suddenly someone said why not play cricket.

When Soumya Tandon was rejected because of her whiteness, said – Indian girls are not white

“I said let’s play cricket.” Incidentally, Meghnad ji was bowling and I was batting. During this time, someone got a very good comment that the match between Lanka and India is happening offscreen. And there is an ongoing war between Lanka and India onscreen. A photo of it was also printed in a magazine, but unfortunately I did not get that photo.