When Aishwarya’s fight with Abhishek Bachchan, learn who is the first to apologize 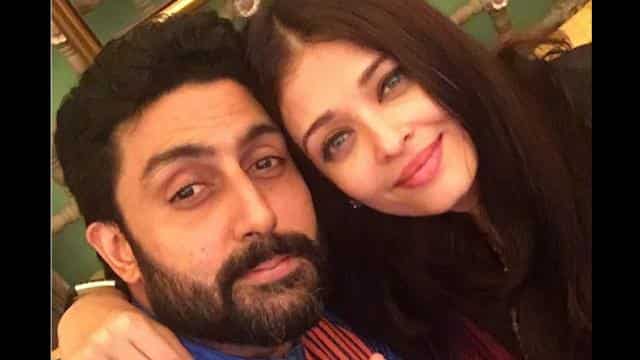 These days, due to the lockdown, shooting of all films and TV shows has stopped, so the old episodes of all the shows are telecast on TV. Along with this, clips of videos of some shows and interviews are also becoming very viral on social media. Now a video of Aishwarya Rai Bachchan is going viral in which she is seen in Kapil Sharma’s show.

During this, Kapil asks Aishwarya that there is a fight between you and Abhishek too? So Aishwarya says yes.

Then Kapil asks, who is the first to speak sorry? That’s why Navjot Singh Sidhu says, it is a question to ask, he must speak.

Listening to Sidhu, Aishwarya immediately says, ‘We speak only sorry, speak quickly and end the talk there’.

Hearing Aishwarya’s talk, Kapil says, “One is such a beautiful wife and she also speaks sorry, it is God’s havoc”.

A few days ago a video was going viral on social media in which Abhishek and Aishwarya are seen on Oprah Winfrey’s show. On the show, Oprah asks Abhishek about her and Aishwarya’s romantic proposal, while the actor says, “I was shooting for the film in New York at that time.” Standing in the balcony of my hotel room, I was thinking how good it would be to one day marry Aishwarya. After this I brought Aishwarya to the same balcony and asked her to marry me ‘.

When Oprah asked Abhishek what it feels like to marry the most beautiful woman in the world, Abhishek said, ‘It is pleasing to the eye’.

After this, Oprah said about the wedding that in India, marriage is done very grandly. There are rounds together, but after taking those 7 rounds it will be quite difficult to get a divorce. So Aishwarya immediately said, ‘We don’t even think of such things’.