What ended the dispute between Sunil Grover and Kapil Sharma, may soon be seen in the show 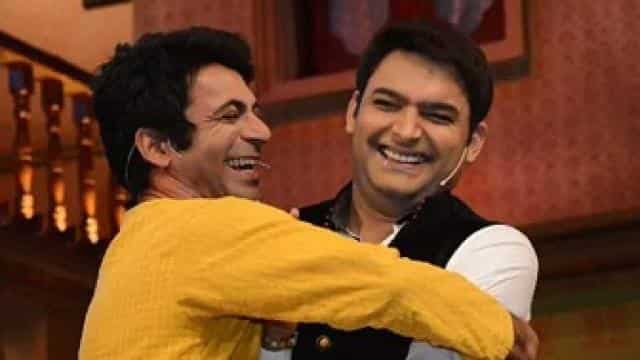 Kapil Sharma and Sunil Grover have made the audience laugh a lot. The two were seen together in the show The Kapil Sharma. But then Sunil left the show after a dispute. Kapil tried to recall Sunil several times, but Sunil did not return. However, now news is coming that Sunil and Kapil are going to work together again.

Let us know that a few days ago Sunil shared an old video of The Kapil Sharma Show, in which he was seen doing an act. In the caption of the video, he told that the show still lives on in his heart. He wrote, ‘Whenever I see it, it gets emotional in any way.’

Somehow this makes me emotional whenever I see it. https://t.co/i1dgzggQOO

Let me tell you that even though Sunil and Kapil have separated their paths, but do not forget to wish each other on the occasion like birthday. Recently, Sunil congratulated him on Kapil Sharma’s birthday.

Sunil wrote on Twitter account, ‘Happy Birthday Paaji. May you have a long and happy life. Keep giving this world a medicine called Laughter.

Swiggy to lay off 1,100 employees amid Corona crisis