Nukes not built to fire on Shab-e-Baraat: Musharraf 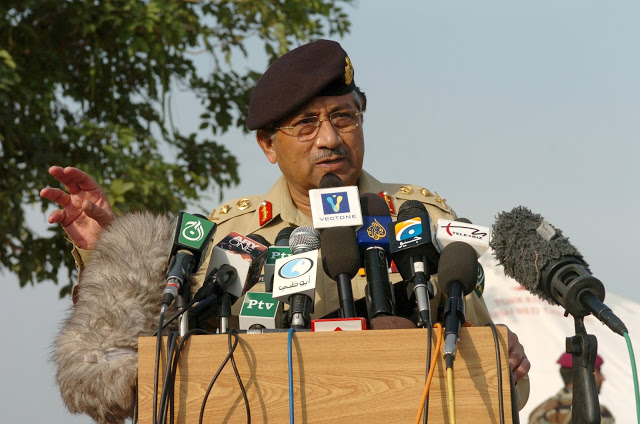 Islamabad: Pakistan on India, accusing it of destabilizing. Former military ruler Pervez Musharraf has said that nuclear weapons are for defense of the country and not for a ‘party’ occasion.Musharraf, who ruled Pakistan from 1999 to 2008, claimed that India is pre-planning a strategy to aggressively stance inorder to demoralize the Pakistan’s nuclear capability.

To World News, he said: “We do not want to use nuclear capability but if it is threaten to our existence, then what for nuclear weapons are? So if I say in the words of Chaudhry Shujaat. Are nuclear weapons kept to use it on the sab-a-baarat? “71-year-old Musharraf said,” Don’t try to attack us, Dont challenge our territorial integrity because we are not a weak country. We have a large and nuclear power. Do not create pressure on us. “

He said, “We should have confidence that their (Indian) dream of preventing Pakistan’s nuclear capability will not succeed. We will never let their aim succeed.”Pakistan has around 120 nuclear weapons and experts say that Pakistan has the world’s fastest growing nuclear weapons program. Also by 2020, they will have enough fissile material so that they will be able to create more than 200 nuclear weapons.

India to Pakistan clearly warned that to flush out militants else India would have no hesitation in going beyond limits. Indian Army in Myanmar this week killed dozens of insurgents in a precision attack. Musharraf urged Prime Minister Nawaz Sharif to Reply threats messages.

Agent X Watch – A bit of metal for the tough ones