Warren Buffet and Jeff Bezos can be made for just 73 rupees, know how 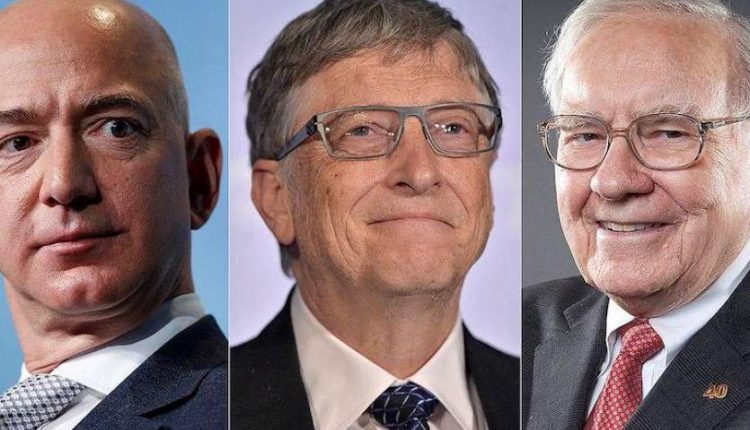 new Delhi. For the past few months, from the domestic stock market to the foreign stock market are at a record high. Especially after Joe Biden became President, markets are seeing more boom. In such a situation, Indian investors also want to invest money in such millionaire shares, but their price is so high that it is not possible for every Indian investor, but now it can be possible. You will not have to spend millions of rupees to invest in big companies like Google, Berkshire Hathaway, Amazon and Netflix. You can invest only one dollar i.e. 73 rupees. Let us also tell you how?

What is the actual price of shares of big companies
If you talk about the actual price of the shares of the world’s big companies, then the price of one share of Warren Buffett’s Berkshire Hathaway is $ 3.50 million, which is about 26 million rupees. While a share of Jeff Bezos’ company, Amazon, will cost $ 3,292, or Rs 2.4 lakh. Talking about Google at the same time, you will have to spend 1.4 lakh rupees for this. At the same time, Netflix will have to spend Rs 41,218 and to buy a share of Microsoft, Rs 16,479.

Can get stake in one dollar
London-based broking and advisory firm ‘Globalize’ allows Indian investors to invest only one dollar in these shares. If an Indian investor invests $ 1 in Warren Buffett’s company Berkshire Hathaway, you get 1 / 3,50,620th of the share. In this way, you can invest in these stocks according to your ability. The only condition is that you have to invest at least one dollar.

Also read: TCS lags behind after becoming world’s most valuable IT company

There is already a trend in foreign markets
There is already a trend in piecemeal investment in foreign markets. Overseas assets such as horse races, yachts and aircrafts allow for splint investment. American brokers also make such offers in the stock market due to technical convenience. According to the company’s co-founder Vikas Nanda, there is no such agreement that you have to buy at least a certain stake. You can invest that ‘value’ by deciding the amount according to your ability. The order will be completed on the same basis.