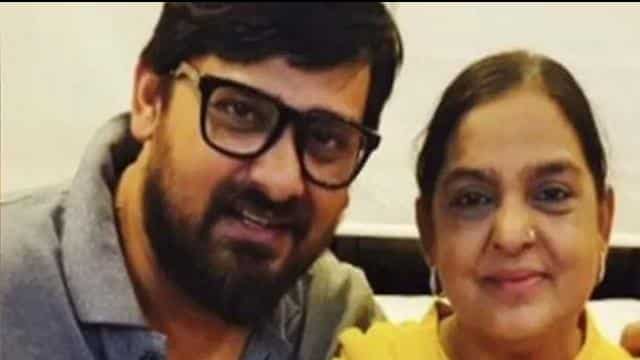 The death of famous musician Wajid Khan due to Corona surprised everyone. His death sparked a hobby wave in Bollywood. Now the news is coming that Wajid Khan’s mother Rajina is infected with Kovid-19. His corona test is positive. Please tell that Wajid died due to heart attack and kidney infection. And at such a time when he was in the hospital, his mother was with him. Was taking care of them.

According to the report of Hindustan Times, the source says Rajina Corona has turned positive as she was taking care of son Wajid Khan in the hospital. Wajid was suffering from kidney and throat infections. And later he became Corona. Sajid-Wajid’s mother is now better than ever and is recovering. He is currently admitted to Surana Sethia Hospital. Rajina has been with the rest of the corona patients present at the corona, hospital.

Naagin 5: Will Salman Khan’s bold actress smell a snake, know the answer of the actress

Happy Birthday Sonakshi Sinha: These pictures of Sonakshi with the family are proof, nothing is more for the actress than the family

Wajid Khan was cremated yesterday ie 1 June at 1 pm. Only 20 people were present during this period. Also, all the work was done under the supervision of the police. The lockdown was followed in a manner. The most shocking thing is that some members of his family were not allowed to meet Wajid and his mother has not even been told that her son Wajid is no longer in the world.