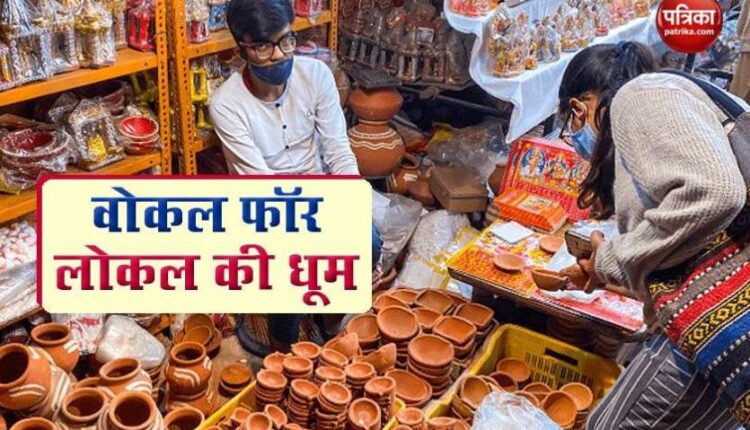 new Delhi. The sale of household goods on Diwali this time has seen Rs 72 thousand crore due to this spread across the country by the Prime Minister for Vocal for Local Campaign and Confederation of All India Traders (CAIT). The data released towards CAT is from 20 cities. It has been estimated on behalf of CAT that it has incurred a loss of 40 thousand crores due to the bycott of Chinese goods. According to CAT, during this year’s Diwali, no sugar goods were sold at the call of CAIT to boycott Chinese goods.

The highest sales of these goods
CAIT said that strong sales in the commercial markets during the festive season of Diwali indicates good business prospects in future and may bring back some smiles on the faces of traders. FMCG goods, consumer durables, toys, electrical appliances and accessories, electronic appliances, kitchen items, gift items, confectionary items, sweets, home decor, tapestry, utensils, gold and jewelery, shoes, watches, furniture, Diwali But it is among the most purchased items. Clothing, fashion apparel, home decoration items were also purchased.

Amazon will give 70 thousand rupees in a month of working for 5 hours, recruitments have started