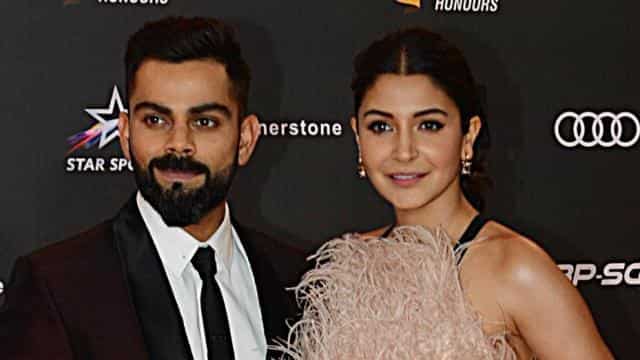 Team India captain Virat Kohli and his wife Bollywood actress Anushka Sharma are one of the most popular couples in the country. The two married in December 2017. Since then their tremendous bonding towards each other appears. Kohli never hid his love for Anushka. On social media too, he supports Anushka. In an Instagram live chat session with Ravichandran Ashwin recently, Virat once again spoke openly about Anushka.

In this Instagram live chat session, Kohli and Ashwin recalled their best moments in Indian jersey. He recalled the match against Pakistan in the Asia Cup 2012, in which Kohli smashed 183 runs. He single handedly won the match to India. This is Kohli’s highest score in ODI cricket. Both these players also talked about how Kohli and Anushka achieve perfection in their respective fields.

Virat Kohli is considered the best batsman of modern cricket. Anushka is a successful Bollywood actress and has given many super hit films. Kohli praised Anushka and said that she is very courageous while choosing her projects.

Kohli told Ashwin, “Which film she has to do, she chooses her courage as an actress and as a producer.” She is someone who always chooses the right. She makes choices according to her nature. She remains fearless. Once she accepts a project, she believes in it. I think this is the key to their success. ”

Hasin Jahan wrote a picture, wrote such a message for Shami to be trolled

The Indian captain said of mutual understanding with Anushka that they are always connected to each other. The superstar cricketer said that his wife also understands what is going on on the field, it is understood by his body language.

Virat Kohli said, “Whatever Anushka does, she does it wisely.” They are amazing Dialogue is very easy for both of us. She understands me without saying anything. Our wavelengths meet each other. ”