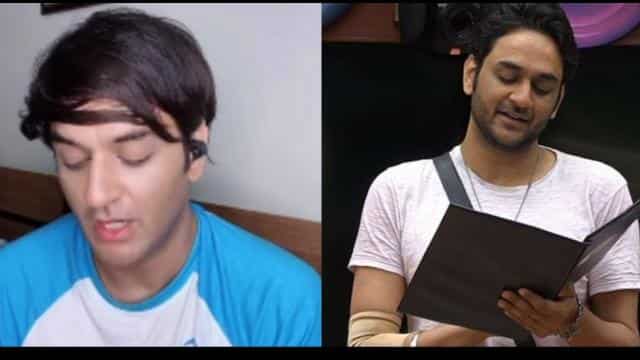 A video of Vikas Gupta, a well-known television producer and a contestant in Bigg Boss 11, is becoming very viral on social media. In this video, Vikas Gupta is so upset about his pain that he starts crying. In the video, he is repeatedly saying here that I am not as bad as people think. He is making serious allegations on TV actors saying that he has made their lives hell but now I will not choke and will reveal the faces of such people.

In the video that Vikas has shared, he has also included the news that negative things are being said about him. In these reports, the development has been accused of making MMS, casting couch, destroying career.

Riya Chakraborty told police in Sushant Singh Rajput suicide case, why did she leave the actor

For your information, let us know that this video of Vikas is becoming very viral on Instagram. Although this video of him is three days old, but today it remains in trend. In this video, Vikas is talking very emotional about the video of a 14-15 year old child, who is talking about his being bad. In the video, Vikas is saying that I watched a YouTube video of a child. The child is saying that Vikas Gupta is a very mean, bad man. Does dirty things. He further said that after watching this video, it came to my mind that how a 14-15 year old child understood these things and if these things can come in his mind, why not others? So if I do not tell anyone what is the truth, then they will consider me wrong, so it is important that I tell them.

Development in the video is very emotional and further says that I am not as bad as people have understood me. He refutes the child’s saying that I am a good man and do good things. But some wrong people came in my life and made me bad. However, now I have decided that I should tell you all the truth. He says that what has happened to me in a few years is very strange. Now I am not afraid of anyone, I am very afraid, I will bring you all who have made my life hell.

Sushant’s friend said about Ankita – only you could save her

While sharing this video, Vikas wrote in the caption that I am being sabotaged. Bad people will now be answered, who are bent on making my life hell every day. From spreading rumors about me to charges of killing a boy… from baseless harassment to allegations of career destruction. I am challenging these people one by one… Yes… if it is right then I should be jailed… and what if it is not right.