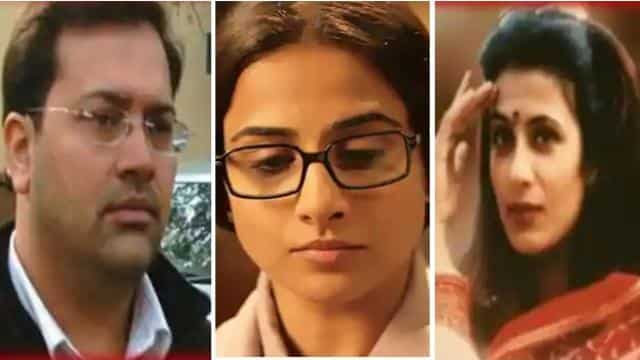 Vidya further says that to tell the truth, only such people are in jail. He may have become a good person, I hope. Just now a human being can expect that he must have changed after spending so much time in jail.

Let me tell you that Vidya Balan played Jessica Lal’s sister Sabrina in the film ‘No One Killed Jessica’. The film was directed by Raj Kumar Gupta. The film featured Sabrina’s struggles she faced during her sister’s marder. What struggles he faced to get justice.

Know what is the whole matter
On the night of 29 April 1999, Jessica Lal was shot dead while refusing to serve alcohol during a party at Tamarind Court Restaurant in South Delhi. Jessica Lal started modeling to cover household expenses. She used to work as a part time in a Delhi pub where she was murdered.

On 6 May 1999, Manu surrendered before a Chandigarh court after an FIR was registered on the matter and media headlines were made. On August 3, 1999, a charge sheet was filed against the accused in the Jessica Lal murder case under various sections of the IPC. Later the magistrate court handed over the case to the sessions court. While one witness Malini Ramani had identified Manu Sharma, later restaurant and bar mistress Bina Ramani also identified Manu.

Sonakshi Sinha is eagerly waiting for the lockdown to end, said- I want to party with friends

This decision of the Delhi High Court was challenged in the Supreme Court on 2 February 2007 by Manu Sharma. The Supreme Court upheld Manu’s life sentence on April 19, 2010, after a hearing that lasted for more than three years.

It is to be known that Jessica Lal’s younger sister Sabrina Lal fought a long legal battle to punish Manu Sharma. Sabrina’s forgiveness statement has played an important role in Manu’s release as well. In the year 2018, Sabrina Lal said that she has forgiven Manu Sharma and if she is released she will have no objection.