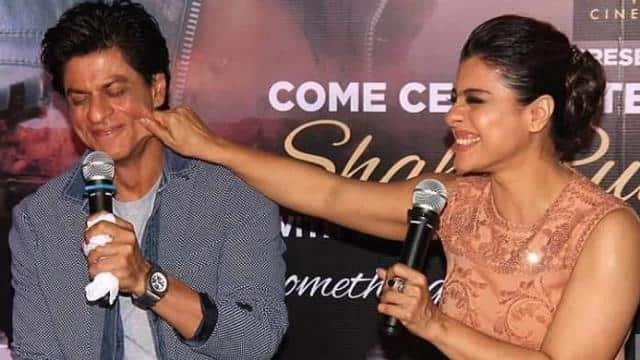 The onscreen duo of superstars Shah Rukh Khan and Kajol are well liked. Together, both have given many excellent films to the Bollywood industry. However, Shah Rukh and Kajol are very good friends in real life. Offscreen bonding of both is greatly preferred. Meanwhile, a video is going viral, in which Kajol is seen having fun with Shahrukh.

Actually, this video is during the promotion of the film Dilwale. In the video, Shahrukh Khan is saying, ‘Now I am blushing.’ Kajol pulls her cheek and says, “You are really blushing, you have become red.” After this Kajol says, “This is a very lovely person, if the real Dilwala I have seen in the film industry, it is Shahrukh Khan.”

Let’s say that Kajol and Shahrukh were last seen together in the film Dilwale. The chemistry of both of them was well received. Apart from both the stars in the film, Kriti Sanon and Varun Dhawan acted. It was directed by Rohit Shetty. The film was well received at the box office.