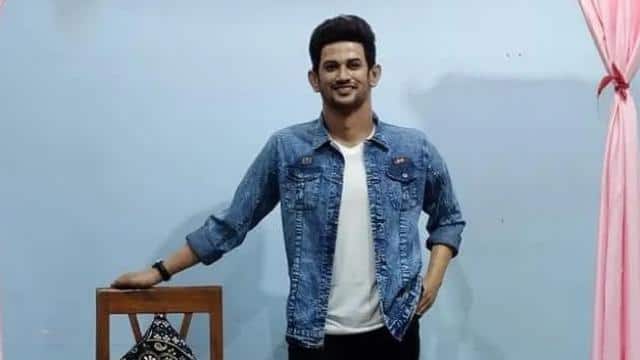 Bollywood actor Sushant Singh Rajput died on 14 June. Agencies ranging from CBI to ED (Enforcement Directorate) and NCB (Narcotics Control Bureau) are investigating the case from different angles. Meanwhile, Sushant’s fans had demanded that the actor’s statue be installed at the Madame Tussauds Museum in London. Recently, fans have started an online petition for this. They are appealing to others to sign the petition.

A few days ago, 1 lakh 70 thousand people had signed on this petition. However, this process was going on that in the meantime, Susanta Ray from Asansol in West Bengal gave a special tribute to Sushant Singh Rajput. He has created a wax statue of Sushant Singh Rajput. According to reports, this is Sushant’s first wax statue. The statue was unveiled on 17 September. It is being told that this statue of Sushant will be kept in the museum. This museum will also be open to the general public.

Inauguration of a Wax statue of our beloved “Sushant” in a Museum at Asansol ….. ❤❤❤❤
Sculptor – #Susanta_Ray
Place – Asansol (West Bengal)
Date – 17.09.2020@ArnabRepublicc@shwetasinghkirt pic.twitter.com/I4uDlqzfmn

Significantly, 3 months have passed since the death of Sushant. It is not yet known whether he committed suicide or whether he was murdered under some conspiracy. It is still under investigation. Recently, after the drug angle in this case, actress Riya Chakraborty and her brother Shouvik Chakraborty were arrested by the NCB. Riya was sent to judicial custody and is currently lodged in Byculla Jail in Mumbai.