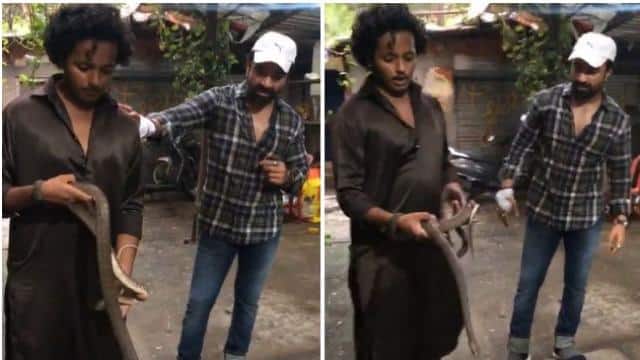 There are many celebs in the Bollywood industry who keep spreading awareness about animals. They keep sharing posts including videos and photos related to their care. Recently a snake was found in the backyard of actor Ejaz Khan’s house. This is the first time a snake has been found in Ejaz’s house. Ejaz Khan has shared a video in which he can be seen rescuing a snake. Ijaz says that there is a technique to catch a snake. The snake feels the heartbeat of the human being and if it turns out to be wrong, the snake bites the person.

Ijaz further says that the man is biting the man. Many snakes come out during the rainy season. In such a situation, we should fear humans more than snakes. In the entire video, Ijaz is seen saying that poisonous humans are roaming around with you. The poor are sucking blood. They are also robbed in the corona epidemic.

Ijaz even said that those who are doing such a conspiracy should become corona. People were agitated after seeing this controversial video of Ejaz and they filed a complaint against Ejaz. However, he was later granted bail.