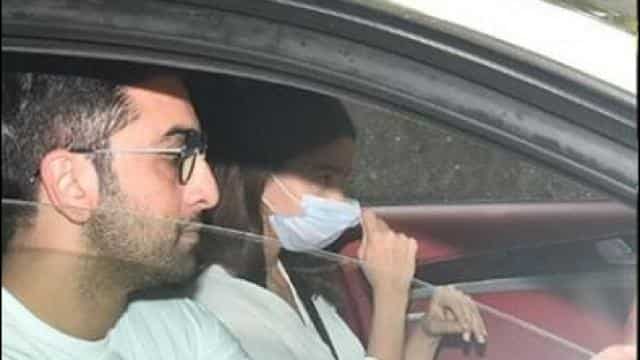 Film industry veteran Rishi Kapoor died on April 30. He had been battling a disease like cancer for a long time. Recently, his thirteenth show was organized, in which the entire Kapoor Khandar was seen. During this, Alia Bhatt was also present with Ranbir Kapoor. Now a video of both the stars is going viral, in which Ranbir is seen asking the condition of the photographers.

The viral video shows Ranbir Kapoor returning from his father Rishi Kapoor’s thirteenth, during which some photographers were standing near the gate of his house and taking pictures of him. Meanwhile, Ranbir stopped the vehicle and opened the glass. Alia Bhatt was also sitting in the car.

Salman Khan, furious over the news of casting for films, said – action will be taken against those spreading rumors

Ranbir asked the photographer, ‘Is everything okay? During this, Alia advised Paparaji to wear a mask. Ranbir again asks if you can roam like this? After answering the photographers, Ranbir instructs them to take care and leaves from there.

Jahnavi Kapoor remembers mother Sridevi, shared the video and said – If you cannot go out in lockdown then relive old memories