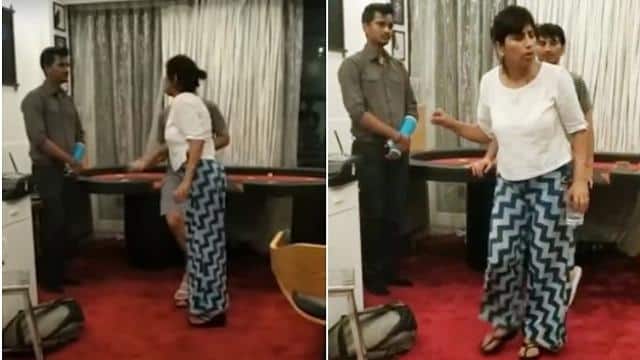 New revelations are being made in the Sushant Singh Rajput case every day and in the meantime a video of the actor’s sister has surfaced which is quite in the news. Sushant’s sister Priyanka Singh and brother-in-law Siddharth Tanwar are seen in this video. In the video, both are scolding Sushant’s staff member. In the video, the two are scolding the person for transferring money from Sushant’s account. Both are asking who to transfer money to. Otherwise, strict action will be taken.

It is being said that the name of Priyanka and Siddharth with whom she is talking is Rajat Mewati. Rajat Mewati used to watch Sushant’s accounts.

According to an India Today report, this video is from April 2019. According to media reports, Samuel Miranda was appointed only after Mewati and Priyanka kept Samuel. Priyanka interviewed Samuel.

Riya Chakraborty had a long talk with this person on the day of Sushant’s death, call details came in front

The former driver of Sushant has recently told some things about the actor. Speaking to the republic, Sushant’s former driver Anil said that he used to spend 15-16 hours with the actor. Anil said that he worked with Sushant for 2.5 months, but then suddenly he was fired. Anil said, I do not know why he removed us. I don’t know if he was angry, but 2 more drivers and bodyguards were fired other than me.

On Sushant’s death, Anil said, “Sushant Sir, if he dreamed of the moon, it is not possible that he took such a step”. Explaining an anecdote ahead, Anil said, “Sushant sir was late one day and I was waiting for him.” So while I was sleeping while waiting, I lay down in the car for a while. Sir, he asked me if I was sleeping. I said no otherwise they said no no you will not drive. After this Sushant sir himself drove the car and I came by another car.

Anil further said, how can a person commit suicide when he is so afraid of death.