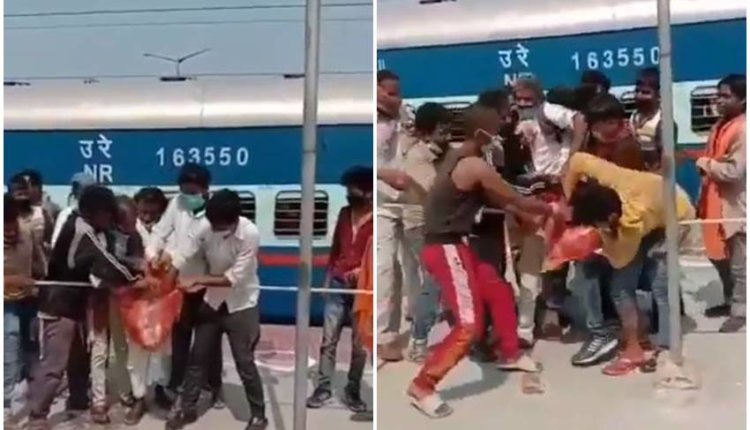 Workers are being left their home state by Shramik Express train amid the lockdown implemented across the country due to Corona virus. In such a situation, a video is becoming viral on social media, in which the migrant laborers are seen splashing with each other for a food biscuit after getting off the Shramik Express. On social media people are calling it a war of hunger and expressing their condolences to the workers.

What is the matter: In fact, on Wednesday, 04014 Shramik Special train was going from New Delhi to Purnia for migrant laborers. Meanwhile, the train stopped for a while at Katihar Junction. Food and drink was arranged for the workers here. The workers broke down on the food packet as soon as the train stopped. There was a situation like chaos. However, the railway administration later handled the situation.

(Battle for Biscuits at Katihar Station in Bihar) pic.twitter.com/noGCiOFokf

The Katihar Railway Administration says that the entire process of eating food for these people going to Purnia was done. These people broke down on seeing the food packet. After rescue, the matter was calm and these people were sent for fulfillment by providing food.

Mallya’s tweet – Congratulations on the package, don’t ignore my contribution too