VIDEO: Mallika Sherawat was seen running, the fans asked- Where is the mask? 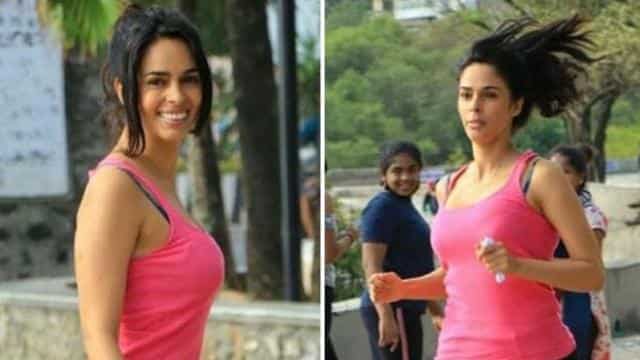 Mallika Sherawat, who is active on social media, came out of the house after a long time. She was imprisoned at home due to Lockadown. He was seen running with a friend in Bandra, Mumbai last evening. Meanwhile, his videos started going viral on social media. Mallik had masked at first, but when she started running, she took off the mask and held it in her hand. Posed to paparazzi. Fans started trolling them on social media after watching these videos of Mallika Sherawat.

Fans asked Mallika where is your mask? At the same time, another user wrote that many people follow you. If you do not wear a mask, what message will you give to your followers? The video has been shared by Mallika Sherawat from Viral Bhayani’s Wall.

Apart from this, Mallika is also sharing videos related to how the lockdown is going on social media. Mallika has been away from the big screen for a long time. Recently she had told that she would soon announce about her new project.

VIDEO: When Krishna Abhishek made Salman Khan laugh and laughed, there was a pain in his brother’s stomach!

Shakti Kapoor set out to buy liquor by placing plastic drum on his head, watching video

Let us tell you that the lockdown was in force in the country for two months due to Corona virus. Now unlock 1 has started. In this, many shops, malls, gyms, temples etc. have been opened with the permission of the people to get out of the house. Recently Bollywood celebs also appeared out of the house enjoying Unlock 1. Saif Ali Khan, Kareena Kapoor Khan and Taimur Ali Khan were seen roaming on Marine Drive. Apart from this, Rakul Preet Singh and Riya Chakraborty were also seen walking outside the house.

Learn why gold unlocked at record high in lockdown is getting cheaper in 1.0