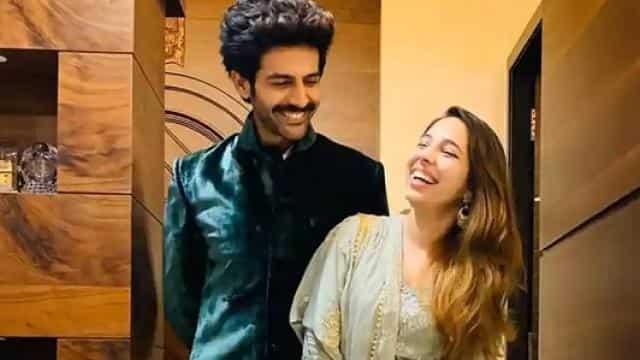 Bollywood actor Karthik Aryan is very active on social media. He keeps his fans entertained in some share. Now he has released his video and introduced Sasti Manjulika. In this video, Karthik Aryan has also suggested an idea to keep the society safe, which is quite fun.

This funny video has been shared by Karthik on Instagram account. In the video, he is saying, “Today I will take the name of some unsung heroes. Ramsay Brother, Vikram Bhatt, Ram Gopal Varma, Aahat and Zee horror show makers. I am taking their name because there is a huge hand in making our society safe. It is because of this that we are afraid of ghosts. Something like this is being used.

“For those who do not follow the lockdown in a village in Odisha, the gram panchayat shows a woman wearing a waving sari, white macup. Started running nights with Payal, who was clapping. ”

Aryan further said, “This move of Gram Panchayat was successful. We have also prepared for Juhu scheme here. Then in the video, Karthik’s sister comes out with her hair forward and wearing glasses. Karthik’s mood worsens after seeing his sister. He says, Abe said to do ghosts and not to become Thakur. get out. On this, Karthik’s sister OK Boss walks away. This video of Karthik Aryan is becoming very viral.

IFFCO and ICAR come together to double farmers’ income by 2022