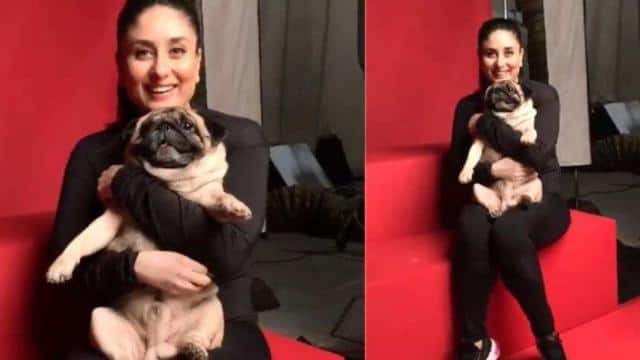 Bollywood actress Kareena Kapoor is going to be a mother for the second time. Recently, he shared this information with Saif Ali Khan to his fans. However, he has not taken a break from his work even during pregnancy. Now a new video of Kareena has appeared, in which she is seen shooting. Along with this, he has also told in a funny way who is his favorite co-actor.

This video has been posted by Kareena on her Instagram account. She is seen alongside Pat Leo. He wrote in the caption, ‘Shooting with his favorite co-actor Leo’. In the video, Kareena is seen in a black color dress. At the same time, he has put Leo on his lap. Kareena Kapoor’s baby bump is also seen in the video. However, he has tried hard to hide it.

Abhishek Bachchan shares his new haircut photo, Anupam Kher made such a comment that you too will be laughed off

Let us tell that Kareena’s film Lal Singh Chadha also has a lot of shooting left. In such a situation, speculations are being made about how Kareena will shoot Lal Singh Chadha with Baby Bump. Well, the makers have found a way out.

A source told E-Times, Bebo’s baby bump is now visible, so VFX will be used to hide it. He further said that Kareena has yet to shoot 100 days for ‘Lal Singh Chadha’. In such a situation, she is expected to join the film team in September or October and complete her part shoot.