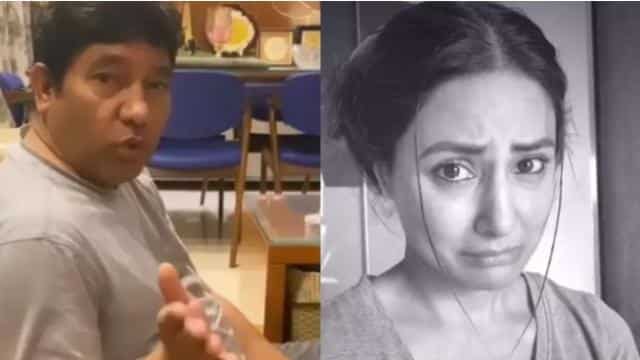 Hina Khan is very active on social media. Nowadays Ramadan is going on, so Hina is seen serving spicy things for the fans on her Instagram stories. Sharing some funny videos related to Sehri with him. Actually, Hina Khan’s health is not good, due to which her father asks her to take medicine. A video linked to this has been shared by Hina Khan on social media and won the hearts of the fans with her cute reply.

The father asks him to take medicine. In response, Hina Khan says that taking it hurts me. The father expresses his displeasure and says that this will fix your place of exasperation. Hina says while complaining, don’t dissolve the bitter medicine in water. Hina Khan is seen in the video stating that she has many excuses for not taking medicines. But tells the father that he has taken the medicine, while he has secretly given the medicine. Watch video …

Let me tell you that Hina Khan has a very close bond with her father. She often keeps making videos with them and posting them on social media. Earlier, Hina Khan shared a funny video about her father. In this video posted on Instagram, she is telling her father that the fridge has stopped working. What shall we do?

In the video, Hina Khan’s father is seen saying that he tried to contact customer care but there was no response. Hina tells her father that Mummy will not leave them, so call the man from any service center to fix the fridge.

Let us tell you that the actress started her career with the serial ‘Yeh Rishta Kya Kehlata Hai’. After this he also worked in ‘Kasauti Zindagi Ki 2’. Apart from this, Hina Khan’s film ‘Hacked’ has been released. However, it could not do anything amazing at the box office.