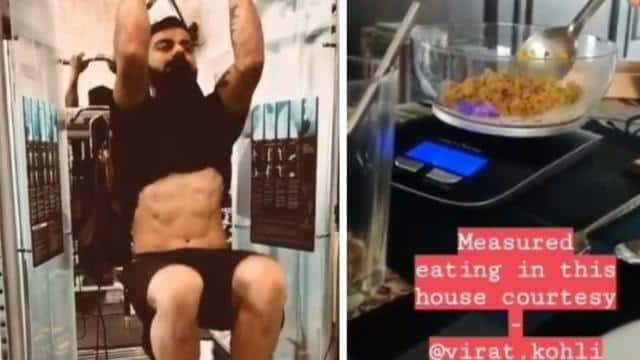 Team India captain Virat Kohli is very serious about his fitness. Virat takes full care of his diet and workouts to keep himself fit. Due to the Kovid-19 pandemic (Corona virus infection), all the cricketers got a break. During this, Virat is in Mumbai with his wife and Bollywood actress Anushka Sharma. Both Virat and Anushka are fitness freaks, although Anushka has shared a video which looks like there is a lot of strictness in terms of Virat diet. Anushka shared the video and wrote, “In this house, food is weighed and eaten, by Virat Kohli’s mehbani.”

Actually, Virat and Anushka are not seen in the video, but the voice of both is heard. Anushka is taking food weight for Virat. As soon as 101 grams above 100 happened, Virat said that I want 100, I like 100. To which Anushka replied – ‘That was so cheesy’

This is the first time in the affair of Kovid-19, when Virat and Anushka have been living together for so long. Both travel most of the time in connection with their work. Both have been very active on social media during this break. Virat has also shared a post, in which he told how his neighbor and fellow player Shreyas Iyer came to his house with a home-made dosa.