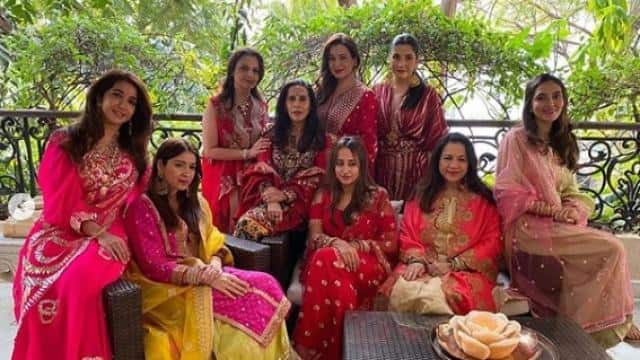 Maheep Kapoor has shared some photos on his Instagram, in which all Natasha Dalal looked gorgeous in a red saree. However, Natasha is not yet married to Varun Dhawan but it is believed that she has fasted Karva Chauth for the actor’s long life. Natasha Dalal’s photo is becoming fiercely viral on social media.

Explain that Varun Dhawan and Natasha Dalal are often spotted together. Varun carries Natasha on every special occasion of her life. Recently, Varun shared a photo with Natasha and wrote, ‘As long as you are with me, I have no fear.’ In the picture, Varun and Natasha are seen as perfect couples.

A few days ago, news came that Varun and Natash had postponed the wedding plan till the end of this year i.e. December. The reason is corona virus. The families of both of them were going to do a small ceremony in Mumbai, but now it has also been canceled. Talking about Varun’s professional life, he was last seen in the movie Street Dancer 3D. Now his upcoming film is titled Coolie No.1 with his opposite Sara Ali Khan in the lead role.