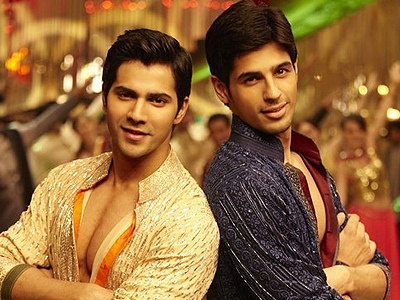 Bollywood actors
Varun Dhawan and Siddarth Malhotra who debuted with ‘Student of the Year’ once
again will be together on the big screen. According to reports, can work
together in the remake of the film ‘Ram Lakhan’. Rohit
Shetty and Karan Johar recently announced remake of the film.
Varun’s recent
film such as “Badlapur ‘and’ ABCD 2 ‘ acting in movies had made his
audience Fan. While
Siddarth’s a film ‘Ek villain’ had strong performance in the movie. The audience
want to watch the pair together on screen. According
to reports, the film could be released in 2016.

In
1989, Subhash Ghai’s film ‘Ram Lakhan’ was released. In which Anil Kapoor,
Jackie Shroff, Madhuri Dixit, Dimple Kapadia and rakhi played a key role. Anil’s elder
brother in the film, played by Jackie. The
audience liked the film’s songs as well as the film also had good earnings at
the box office.

On
remake of the film Anil Kapoor says that the commercial aspect of the film willl
be kept in mind while working on the remake of the film. But
I have full confidence that they Karan  and Rohit will give their best to the film.  Now
it will be interesting to see the pair Varun-Siddarth will be the final for film
or fall someone else’s bag it.