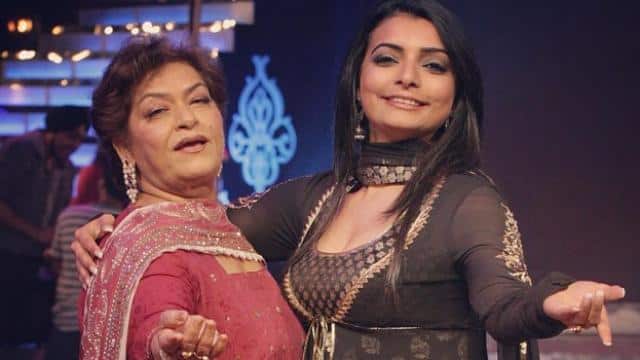 Choreographer Vaibhavi Merchant has always considered the late Saroj Khan as her idol and it is not only because she was a senior, but also because Saroj Khan opened the doors for women in Bollywood choreography. She says, “It all happened because of them. It was because of his choreography that the best choreography category was made for the first time at the awards for the song ‘Ek Do Teen ..’ from the film ‘Tezaab’. And today because of them we are all nominated. ‘

Saroj Khan was also very strict about her discipline. Vaibhavi says, “Although his journey was not so easy. He had tried hard to come here. Think, she came into the choreography industry when it was dominated by men and she never got a chance to prove herself. ‘

Vaibhavi had judged the third season of dance show ‘Jhalak Dikhhla Jaa’ with Saroj Khan and she says that it happened when she got the projects, but she was dropped from them.

Said Vaibhavi, “Even if he did get work, someone would snatch it from him. Think how difficult it must have been for them to move forward and make so many changes. She struggled a lot for work, and so she always valued her. She never forgot that it was her livelihood, no one should feel ashamed of it. His experiences were like Pandora’s box. I was very impressed with how they would have started work in that era, when no women were in this field? How was that phase for them? ‘