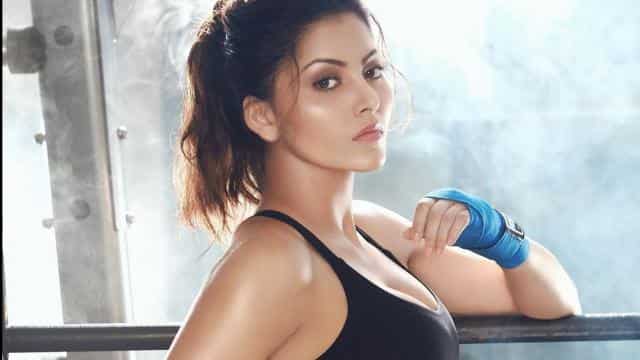 Bollywood actress Urvashi Rautela is spending time at home these days. Meanwhile, she is also very active on social media. Urvashi has been sharing her bold photos and videos for the past several days. Meanwhile, an old video of her is going viral, in which she is refusing to take photos of paparazzi.

It can be seen in the viral video that some people are taking Urvashi to the security circle. Then the photographers come there and start clicking photos. Urvashi gets shocked seeing this, she laughs and refuses to click the photo. Even after this, when the photographers do not believe, she warns them by showing them the finger. However, during this time Urvashi is seen not in anger but laughing.

Talking about Urvashi Rautela’s work front, now she is going to be seen in the film ‘Virgin Bhanupriya’ which will be released on the OTT platform. Producer of the film Mahendra Dhariwal said, ‘We are in talks to release it directly on OTT. Considering the current situation, OTT is only getting revenue, when there is so much uncertainty in the theater opening, it seems like a good option.

Bhanupriya played by Urvashi is a college-going conservative girl who decides to lose her virginity. She thinks it should be the easiest job in today’s world. However, all his efforts go in vain and according to the prediction of a future teller, it is an impossible task which will never happen in his life. What happens after that is told in the film.

Why are Sunil Grover waiting for relatives to leave the house? The actor shared a funny meme and told

Anita Hasanandani became emotional after father-in-law’s death, the actress shared the picture and wrote – you will miss every moment