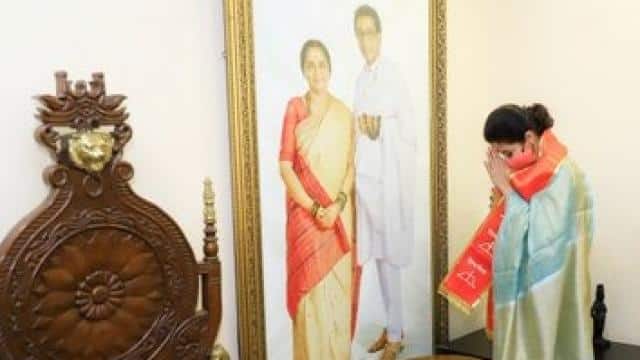 Bollywood actress Urmila Matondkar joined Shiv Sena in the presence of Maharashtra Chief Minister Uddhav Thackeray today or Tuesday. In this way, leaving the Congress, he has now started a new political innings. He contested the Lok Sabha elections on a Congress ticket in 2019 and later left the party.

It is being told that Shiv Sena has sent Urmila Mantondkar’s name to Governor BS Koshyari to nominate Governor Kota to the Legislative Council. Apart from this, Maha Vikas Aghadi has sent 11 more names for this quota. However, the Governor has not yet approved these 12 names.

Matondkar contested from the Mumbai North seat in the 2019 Lok Sabha elections on a Congress ticket. However, he had to face defeat in the election. He later left the party over the ways in which the Mumbai unit of the Congress functioned. Recently he criticized Kangana Ranaut for comparing Mumbai to Pakistan-occupied Kashmir (PoK).

Urmila Matondkar was born on 4 February 1974 in Mumbai. Urmila started her acting career as a child actress with the Marathi film ‘Jhakola’ (1980). ‘Kalyug’ (1981) was his first Hindi film. Urmila made her Bollywood debut as a child artist in the 1983 film ‘Masoom’.

Odisha’s tribal women have made a mark, they have made demand for Tussar silk sarees all over the country