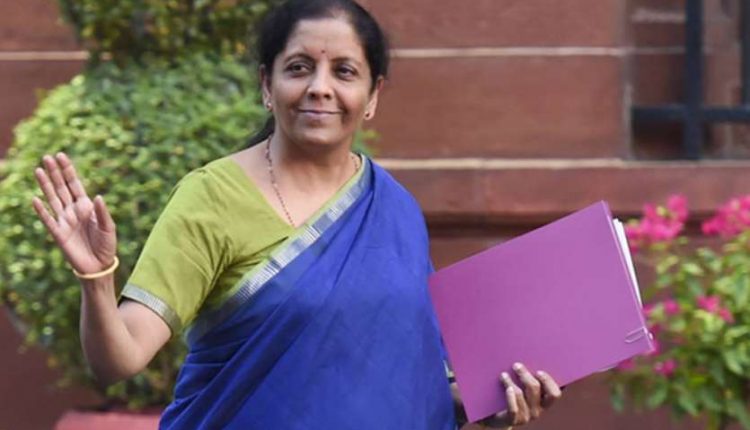 new Delhi. Finance Minister Nirmala Sitharaman will present the Union Budget 2021 for the third time in Parliament on 1 February. It is the country’s first post-corona virus epidemic budget. Everyone’s eyes are on the Center, what kind of steps the central government takes this time to boost the economy.

Budget speech will start at 11 am
The Finance Minister will begin his budget speech in the Lok Sabha at 11 am. Budget can be seen live on Lok Sabha TV. Apart from this, the budget speech can also be seen on PIB’s official website pib.gov.in and https://www.indiabudget.gov.in. Apart from this, you can also listen to the budget speech on social media platforms of other government channels including PIB, Lok Sabha channel and DD News. The entire budget document can be downloaded from the official website of the Government of India, www.indiabudget.gov.in, after the eighth budget of the PM Modi-led government is presented in Parliament.

Budget session will run in two phases
The first phase of the budget session will be held from 29 January to 15 February, while the second phase will run from 8 March to 8 April. Both houses will run in five shifts. The Rajya Sabha will have a budget session from 9 am to 2 pm while the Lok Sabha will run from 3 pm to 8 pm. This will be the first time that the documents have not been physically printed since the first budget of independent India was presented on 26 November 1947. All MPs will get a soft copy of the budget. The Modi-led government ended the colonial era tradition of presenting the budget in late February. Then the Finance Minister Arun Jaitley first presented the annual report on 1 February 2017.

Focus can be on these sectors
This time the budget is special because Corona is coming in the middle of time. This time in the budget, the government can pay more attention to how more cash is in the hands of common people. There can be big announcements regarding the health sector. Currently, there is a very strong relationship with China. In such a situation, big announcements are also expected in defense. Looking at the economic survey, it is felt that big announcements are possible in the agriculture sector as well.

Stay updated with the magazine
The magazine will accompany you with every update on the budget day. You will know every moment in the magazine’s live update. What will be cheap, what will be expensive, what sector will get, whether or not there is relief in income tax, how much tax was cut or not or increased, there was a new cess or surcharge. You will get answers to all these questions on February 1 through the magazine.

The first phase of the budget session will end on February 13, two days before the scheduled time.