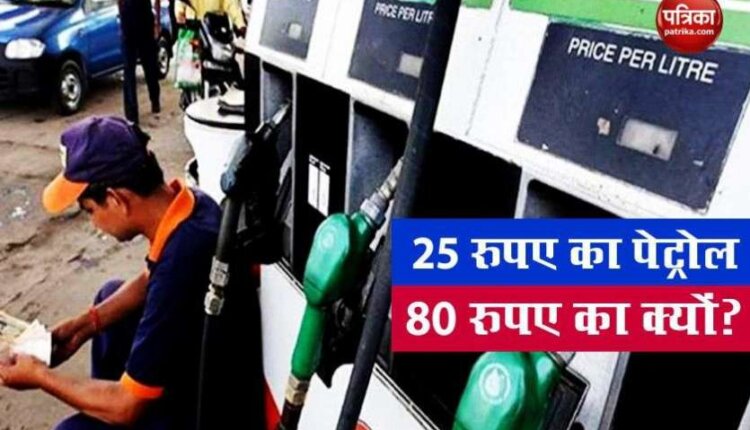 new Delhi. Petrol price in Delhi is selling at Rs 80.43 a liter for the last one month, while its base price (Petrol Base Price) is less than Rs 25 a liter. Diesel became costlier than petrol in the National Capital Region during the Corona era, but now the price of diesel (Diesel Price in Delhi) has come down to 73.56 rupees liter. After the Delhi government cut VAT on diesel (Vat on Diesel Price) on Friday, the price of diesel fell from Rs 81.94 a liter to Rs 73.56 a liter and there has been no reshuffle since then. However, Diesel also has a base price of Rs 28.02 a liter. Now the question is how the price of petrol of 25 rupees and diesel of 28 rupees increases by more than three. Let us also tell you.

There are many types of tax
In fact, in the prices of petrol and diesel, they are taxed more than the sum of the freight and dealer commission at the base price, due to which they are getting at a higher price. This is different for different states. The buildup price of Delhi has been given on the IOCL website. That is, to understand the game of petrol and diesel price in the whole country, we have to base the buildup price of Delhi.

Also read: TikTok can sell for 3.75 lakh crore rupees in the hands of Microsoft

Also read: Festive season may see a boom in the Indian Smartphone market

Also read: 24 states of the country will get the facility of cheap food grains, know which states have their respective names

Relief in the price of petrol and diesel for the second consecutive day, how much…