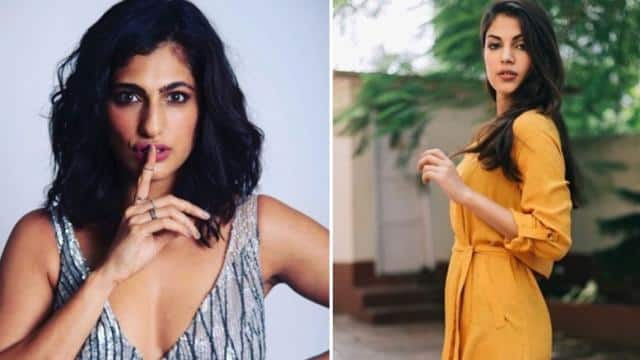 Kubra wrote in response to the tweet- ‘Imagine the day when you wake up in the morning and you know that what you have spoken does not allow you to see yourself in the mirror. How terrible that day will be. Be responsible or stop using social media. ‘

Imagine the day you wake up one morning and you realize that the bile is spewed, considering allow you to look at yourself in the mirror.
That would be a horrible day.
Be responsible, or responsible use social media. https://t.co/DvMToWWH38

Many social media users are giving their respective responses to this tweet of Kubra. One user wrote- ‘Does one woman have the right to speak so poorly about another woman? Also why do people talk so much about investigation. Is it because they don’t trust the investigating agencies or are they just gossiping? ‘

Earlier this week, a HuffPost report wrote without naming Rhea’s friends – ‘Riya is wrong to attack. He did not even have time to mourn. Has anyone thought of a girl who has lost her love? ‘

Let us tell you that the Supreme Court has handed over the investigation of Sushant Singh Rajput case to the CBI. The CBI is investigating every aspect related to Sushant to bring out the truth.

Booking this way will get 50 rupees cheaper, know the gas cylinder, know the complete process