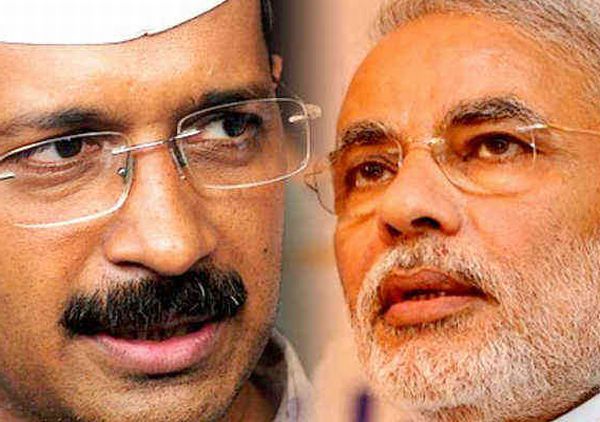 The blame game between the political parties kicked off Tuesday morning when the Delhi Chief Minister Arvind Kejriwal blamed Prime Minister Narendra Modi for conducting a CBI raid in his office. Kejriwal shared his disappointment on the social networking sites through a series of tweets and called the PM as “coward”. Kejriwal tweeted, “When Modi cudn’t handle me politically, he resorts to this cowardice.” he later posted

Modi is a coward and a psycopath

However, according to the clarifications provided by the CBI, the raid was conducted at the IAS Officer Rajendra Kumar’s office and residence in regard with corruption allegations against him. Kumar, who is the Principal Secretary to the Delhi CM, has been alleged for providing benefits in the form of contracts to a few private firms. Kumar has also been questioned earlier by the anti-corruption team in respect with the 2002 CNG fitness scam. As revealed by a leading agency, the CBI has recovered three immovable properties papers and 2.4 lakhs from Kumar’s home.

The Rajya Sabha had to be adjourned till 2 pm after there was hue and cry about the CBI raid at the Delhi Secretariat. While the finance minister Arun Jaitley clarified the stance, other BJP leaders expressed resentment on the accusations laid by Kejriwal on Modi.

#YoAapSoCongress why is @ArvindKejriwal cryin 4 not bng kept in loop abt the raids? wht was he goin 2 do? line up proofs & cash 4 CBI?

#YoAapSoCongress I think i have made one of the biggest mistk in my life is I voted yu @ArvindKejriwal yu let me down.Yu have no vision

.@ArvindKejriwal kept a corrupt officer as his trusted PS & instead of taking onus, he abuses PM. #YoAAPSoCongress
https://t.co/OFBzpCBgLS

AK knew that some of his babus r neck deep in corruption.Still they were given plum postings #YoAapSoCongress https://t.co/jjn4oDTEoe

is Delhi CM crying foul and abusing PM to save anyone who held an office previously and known to present CM? #YoAapSoCongress

Biggest joke of 2015: AAP has zero tolerance towards Corruption! #YoAapSoCongress

While the details by the CBI has not been revealed, is it justified when a CM of India’s capital city uses abusive words for the PM of the country on the social media? What example is he trying to set for the common man to follow?

The cheapest 4G handset to be released soon along with free browsing!