Twinkle Khanna shared a photo of the poster of the film ‘Mela’ behind the truck, said – this has left a mark on me and the country 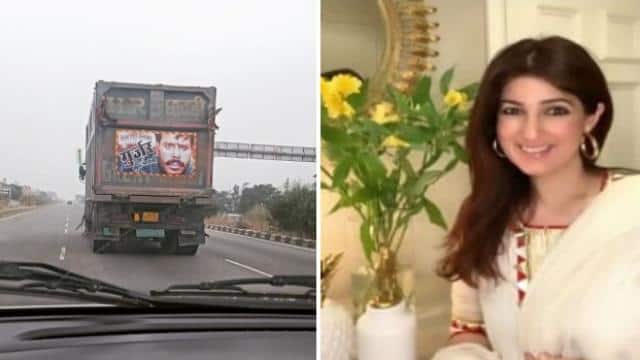 Actor-writer Twinkle Khanna shared a photo paying tribute to the film ‘Mela’. Actually, the poster of the movie ‘Mela’ was placed in the back of a truck, which Twinkle spotted on the way. Jokingly, Twinkle wrote that the film left a mark on him and the entire country. Along with this, Twinkle has also written about her film career and acting in the film.

Twinkle Khanna shares a photo of Tinu Verma (who played Gurjar in the movie ‘Mela’) behind the truck, writing, “Some things, I think they never end.” Today it appeared in my messages and now what can I say, the fair has left a mark on me and the country, how can you take this thing even if you want. “

Let me tell you that Twinkle Khanna started her career with the film ‘Barsaat’ in the year 1995. After a few years, Twinkle decided to leave acting and become a writer. In the episode ‘Koffee with Karan’, Twinkle said that the audience still remembers the film ‘Mela’ because of my acting when it flopped at the box office. I did something that probably no one had ever seen before. Making fun of herself, Twinkle says that Rupa, Aankhen Dekho, Rupa… Nobody would have done this kind of work.

Twinkle says that she was never intrested in acting. Neither was this talent inside them. Apart from this, Twinkle Khanna has made fun of her film ‘Mela’ once more. He had said that be it small or big, melas are dangerous for health as far as I know (making fun of the film ‘Mela’).

Apply for loans in many banks, then know these things, there may be losses