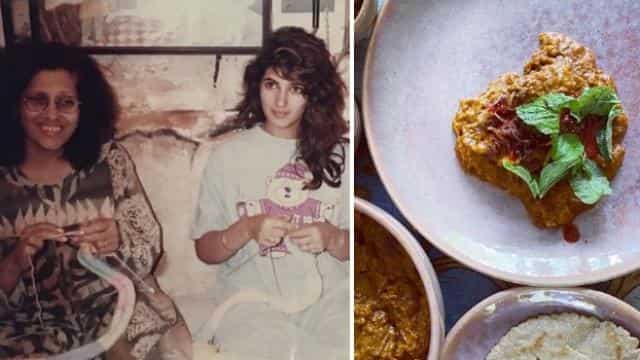 Actress and writer Twinkle Khanna shared the Eid special post. Twinkle Khanna became emotional remembering Nani. She writes that very little happens on Eid when we make biryani. Our treat becomes special only when granny’s favorite khichda. Also beautiful Eidi envelopes are prepared. This year, both our heart and the table are quite empty space that no one can fill, except for them.

Twinkle Khanna’s grandmother daughter Kapadia died in December 2019. She was 80 years old. Earlier too, Twinkle Khanna has shared an old picture on social media in memory of Nani, in which both can be seen weaving together.

Let me tell you that Twinkle Khanna has been away from the big screen for quite some time. He now started writing books. Twinkle Khanna does not hold back from expressing her opinion on anything. Be it public or on the social media platform. A few years ago, Akshay Kumar and Twinkle Khanna joined Karan Johar’s show ‘Koffee with Karan’.

Rashmi Desai out of ‘Naagin 4’, makers will make many improvements in serial

Film and TV industry will soon return to the track, Producers Guild of India sent guidelines to the Chief Minister of Maharashtra to start shooting

On social media, Twinkle Khanna shared an old video of the same on her Instagram, in which Karan is seen asking actress Twinkle Khanna what is there in Akshay Kumar that is not in the three superstars Khan. Twinkle Khanna gives an answer that stops Karan speaking and he later laughs.

630 flights canceled due to non-approval from many states, passengers had to return from the airport.